One of the common web architecture types is called the multi-tier architecture – of which the three tier is the best known. In this series we will look at building a AWS Three Tier Architecture via a Python application.

The following depicts the general layout of a this type of design: 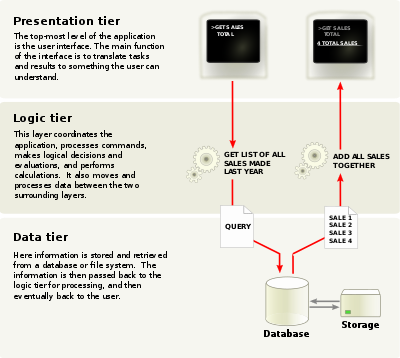 In my design we will have three tier design with a slight variation:

Here we will build a Python application using the AWS boto3 module for our API calls which can be viewed HERE. For anyone new to the boto3 module – have a look at my previous post on using it to make AWS API calls in python HERE.

If you want to dive right in to the code, or just view the complete version whilst reading the notes, a copy of the completed python script can be found at the end of the last post HERE.

The steps we will go through to create this are as follows:

Firstly a few things need to be setup. This application is about creating a three tier architecture from an existing EC2 instance with access to Dynamo DB (not creating an EC2 instance of setting up a VPC). So the following is needed first:

You will need the ID for each of the above items to start with the application. To setup my Linux EC2 instance (using Ubuntu16) I added the following modules to enable the below web page to work via [apt-get install]:

Each of these was needed to setup the web server and be able to talk to the DynamoDB instance. After editing the php.ini file to support “<?” I used the following code to create a file aws_demo.php (in the default web folder /var/www/html) which is what I later call when testing the load balancer and NoSQL writes (a copy of this file is at the end of the next post HERE): 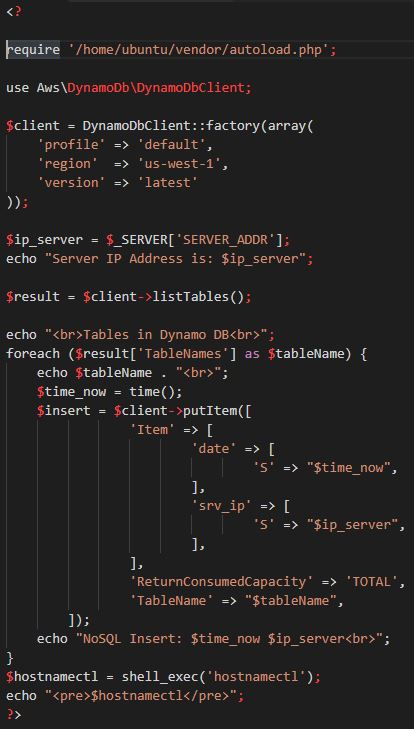 So lets get on and build the APP ! In the next post we will build the APP and look at the result of creating our own automated three tier build. Click HERE to move to the next page.

One thought on “AWS Three Tier Architecture with Python – part1”